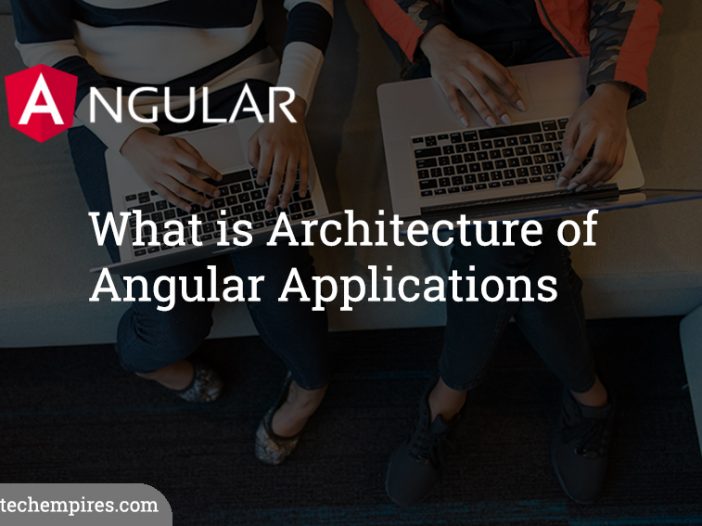 The Front-end also called client is part of a web browser and this is what the users and interact with so essentially include the user interface or UI of an application, we use HTML, CSS, TypeSCript and Angular to built the frontend.

The Backend sits on a web server or multiple web servers on the cloud and it’s responsible for storing the data and doing any kind of processing.

Our frontend or the client App talks to the backend to get or save the data.

On backend we often have one or more databases as well as the bunch of HTTP services or APIs to make this data available to the clients.

This HTTP Services or APIS are essentially endpoints that are accessible via the HTTP protocol, so we can them using simple HTTP request to get or to save the data.

So our web application consist of a front-end and a back-end, the backend is responsible for Data plus APIs and any required Business logic that process or calculates the data and gives response the frontend using HTTP services. The front end is purely responsible for presentation so on client we have HTML Templates as well as the Presentation Logic of application this logic is all about displaying data and responding to user actions like what should happen when the user clicks on button or navigates away from a Page these are examples of the presentation logic or the logic that is all about the presentation aspect of an application

Now in terms of the implementation building the backend requires a familiarity with the other languages and frameworks.

As an angular or frontend developer you don’t worry about those but if you are a full stack developer then you may already have an idea about backend languages like PHP, Python, Node, .Net and so on.

With understand of Angular basics now it is time to move to next step and get your setting ready to work on Angular applications, to do that you can follow this tutorial Setting up Angular Development Environment it will get you setup all things you need for Angular Application on your operating system (Windows, Linux or Mac).