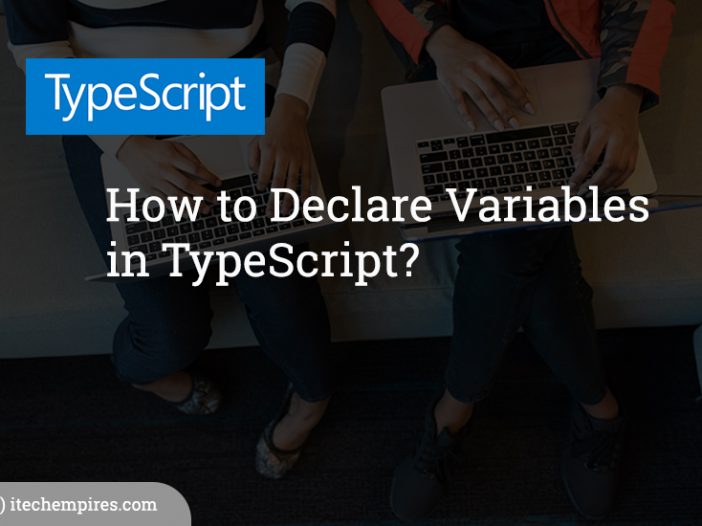 In this tutorial I am going to give you answer on two very basic question from type script that is how to declare a variable in TypeScript? and what is the difference between let and var Keyword and as a bonus what are the advantages and good practices of using Variable in TypeScript.

In TypeScript there are two ways of declaring a variable, we can use the var keyword which you may already have seen in the JavaScript.

Or we can use the let keyword for example:

So quick important note before giving your explanation and difference between var and let keyword.

That is the let keyword is also being added to the latest JavaScript version, JavaScript has few different version.

Now in ECMAScript 2015 which basically ES6 we also have the let keyword.

How let and var Keyword Works in TypeScript

Issue with the var Keyword

So let’s define an example function of showing an issue with var keyword first and then you will see the difference, when we will write the same function with the let keyword.

Now open up the terminal and use following command to compile above program using typescript compiler and then next run it using node.

if you note that the value of the i at the end is 5, basically i variable outside of it’s scope, so we have declared the i variable here inside the ”for” block but it is also meaningful and available outside the for block.

If you have worked with languages like Java or C#, you know that we don’t have this concept in those languages .

So this is the issue we have when declaring a variable using the var keyword.

Solve var keyword issue by replacing it with let keyword

Note let’s see what happens when we declare this i variable using the let keyword.

Now you can notice we immediately got red underline here which indicates compilation error and this is one of great advantage of using typescript.

When you write typescript code you can catch this error at compile time before you run your application or before your deploy it on production.

You can see that if you hover your mouse on i variable where it shows underline, you can see it show error message, cannot find name ‘i’.

Basically what’s happed is i variable is scoped nears block instead of nearest function and this is the proper way to declare variables which prevents lot of issues later when we proceed with our application.

One quick important note here, but yes don’t get confuse by reading this note it just for you knowledge, keep using let instead of var:

However if you look at the files we do have main.js file so even we have compilation error, The TypeScript compiler still generate the JavaScript code.

Let’s have look at the content of main.js file here:

So to conclude this tutorial that from now anywhere in the typescript you want to declare a variable make to sure to use let keyword instead of var keyword, this will help you to catch issue earlier during the compile time.

So you have learned is what is variable and how to use it next let’s see What is Variable Type and How Variable Types Work in TypeScript? this is going to important so make sure your read this tutorial.

Software engineer & Blogger lives in India, has 6+ years of experience working with the front-end and back-end web app development.

We use cookies to ensure that we give you the best experience on our website. If you continue to use this site we will assume that you are happy with it.OkPrivacy policy