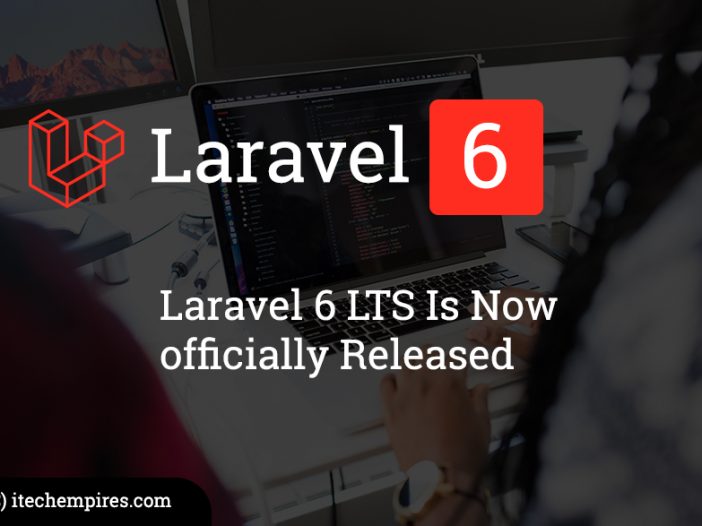 As on September 3rd, 2019 Laravel Framework development team has officially announce the release of new version of laravel which Laravel 6 and it is LTS (Long-term support).

New laravel 6 is now available to everyone along with the documentation about release notes and upgrade guide from 5.8 to 6, upgrading from laravel 5.8 to 6 will take around one hour depending on feature your using into your existing laravel 5.8 application.

This new release of the Laravel framework (laravel/framework) using Semantic Versioning. Also, this release includes compatibility with Laravel Vapor, it has improved authorization responses, job middleware, lazy collections, sub-query improvements, along with many other major improvements.

Here is the list of the new features included in Laravel 6:

Laravel 6 has provided the longest time of support and maintenance possible, and for general releases bug fixes are only support for 6 months and security fixes for 1 year.

Here’s the release table with versions and dates:

From now Laravel framework package and all it’s upcoming releases will follow the semantic versioning standards according to the laravel documentation. It will make the framework release more consistent with the first-party Laravel packages which already where following this standard.

As name suggest job middleware are basically, jobs those are going to run through middleware.

So we can create a job which we want to run through middleware and we can specify the middleware into the job using middleware() method, like showing below:

You can also specify middleware when we dispatch the job, here is simple example:

Recommend – How to Create Configure and Use Laravel Custom middleware in Laravel 5.8

Here is the example of new Exception page:

Lazy collections is going to be an outstanding feature while working with extensive collections of data, including Eloquent model collections.

For example, if we needs to process a multi-gigabyte, so Instead of reading it at once into memory lazy collections will allow us to keep only a small part of the file in memory at a given time.

Laravel 6.0 comes with new enhancements and improvements to database subquery in Eloquent ORM.

So with laravel 6 we can basically use models class names to execute queries to the database.

Here is how we can apply sub queries using model class:

The frontend scaffolding which was included in Laravel 5.x releases is now extracted into a separate laravel/ui Composer package. This allows first-party UI scaffolding to be iterated on separately from the primary framework.

So important note here, no Bootstrap or Vue code is present in default laravel 6 framework scaffolding, and the make:auth command has been extracted from the framework as well.

If you want the Traditional Bootstrap/Vue/ scaffolding, you can do tthat using following command:

From now with Laravel CLI you will be able to create a new Laravel 6 application, as showing below: