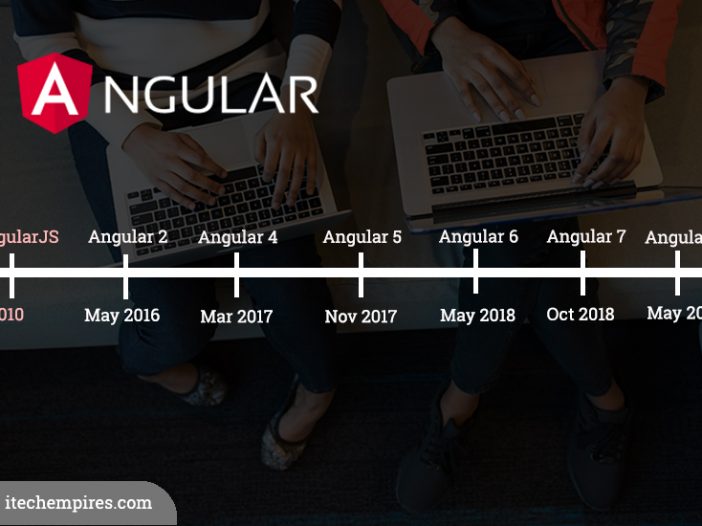 One questions that often comes up that what is the difference between Angular JS, Angular 2 and Angular 4+? and how did we jumped from Angular 2 to Angular 4 +?

Read complete tutorial I will give you all the details and difference between each version that will solve this question and get you understanding of angular version history.

AngularJS was originally developed in 2009 and introduced in 2010 as a Javascript framework for building client side web applications, soon it gained popularity and angular team started adding new features to the core.

But the framework was not designed with the needs of todays applications in mind plus it was overly complex so angular team decided to rewrite the original framework using TypeScript and as a result Angular 2 came out in mid 2016.

Angular 2 is much better framework that, it ’s lot cleaner and it’s a lot easier to understand and to work with.

Next after few minor upgrades to Angular 2 something strange update cape up after Angular 2.3 that is Angular 4.

You might think that what happen to Angular 3 and also unlike Angular 2 Angular 4 was not a new framework with a lot of braking changes it fact it was not even a major upgrade.

How Angular 4 Came up?

How did we jump from Angular 2 to Angular 4?

So here is what happed in between Angular 2 and 4

Angular consist with few different libraries that are distributed as separate note packages via npm.

Now all this libraries where version the same except the router library so in order to align this version and avoid confusion in the future Angular team decided to go stretch to Angular version 4.

In so basically Angular 4 is not a major version to Angular 2 and you can think of it as Angular 2.4 as simple as that.

Now after all this confusion into the community about Angular versions the team decided to drop the versions suffix and Simply call the Framework Angular.

So now we have two kinds of Angular, We have AngularJS (1.X) which is the first generation of the Angular written in JavaScript and it is going to die sooner or later. And we have Angular which referse to Angular (2+) or later.

Which One Should we Learn?

if you are absolute beginner on Angular today as on 2019 and want to learn one of those then you should Definitely learn Angular and not Angular 1.